Don’t you ever take an advertisement for granted…

Story Summary [Make the blender blend unusual objects]
Date [between 1997 and 1998 – I was 13 to 14 years old]
That day I decided to test whether the blender would really ‘blend everything’, as said in the advertisement.
My goal was to validate that the poweful Pic-Lic blender liquefies all you want it to.
Test Approach: Stress testing, blender motor and blades should be strong enough – Equivalence.
The result: FAIL- blender does not blend everything, plus no recoverability at all.
The lessons I’ve learnt: it is a very dangerous experiment. Pieces could have been thrown against me or I could even have set the place on fire.

Description of the experiments:

So, by the end of nineties a famous brazilian brand of home appliances released a new version of what they would call multiprocessor. It was a blender with stronger blades and a stronger motor that should be able to mix the thickier of the mixtures.

Guess what?! Have you ever wondered I would loose the opportunity to try and make that thing blend something really stupid? No, I mean incredibly stupid, like a glass for example?

You’re right. I did not leave this opportunity go by.

I was used to see people blending tomatoes to make sauce. I was also used to see them mixing onions, and also milk-shakes.

What I never saw people doing was mixing things like a whole egg. Or perhaps ice rocks. Maybe a k n i f e. Uhmm, a glass?! (come on, why the hack would somebody want to ‘blend’ a knife? Well, don’t ask me to explain, I just had some random thoughts. How different it is from when you try to inject a sql query into a Name field? Have you ever seen seomeone called “SELECT COUNT(*) FROM tabname”? Nope. So text fields should be injection-resistant as well as blenders should be non-liquefiable objects resistant. Just that simple 😛

Let me go on with the story…

So I opened the counter, mounted the blender and plugged it in the power. It looked so shiny new. And it sounded so smooth, just like a V8 engine idling.

Next, just to see it working, I grabbed a small glass of water to put some in the blender. Then pressed the power button. Nothing exciting.

Ok, now the hardcore part begins. ICE ROCKS…YEAHHH!!!!
I opened the fridge and picked up three ice rocks. But I had to put them back because I wouldn’t have them melting in my hand. By this time I realized my plan had a mistake. Would I throw the rocks inside the blender while it was running, or should I put them and then start??

hmm…let’s make it work the heavy way. I got the rocks back and put them in a way they would lock the blades. I wanted to see how powerful was that motor.

Next – an egg. So I threw that water and crushed ice away and took an egg.

Again, better to put the egg to mix while the blender is running or stopped? Well, better start it with the egg already there, because while running I should open the lid, and by doing that I would mess up with the kitchen.

Now that was what I was looking forward to see…the glass!!!!
But then I started to think like a grown up child. I would break the glass, and while cleaning the blender up the pieces would most likely hurt me. So the glass was out of scope. 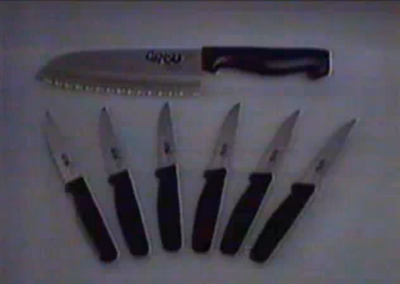 For some reason I put the knife upside down inside the blender. I was considering the fact that the knife would most likely end up being useless, and so would the blender blades. So I went to the soft: the plastic handle. It would suffer a bit, but then I would take the knife to the garden and leave it there. People always need a knife when gardening.

Good. The knife was already inside the blender. It took me only 10 seconds from the moment I pressed power button to the moment I released it. The noise was so high that it really got me shocked.

The knife got a shockingly ugly handle whet I took it outside the mixer cup. It looked jagged like a pencil that someone usually bites.

The blender…yeah, you know. The blades were looking somewhat different. They were Bent.
Also the blending cup was all cut.

And so cut were my privileges at home: internet, weekend at granma’s, video-game.

Last thing I remember is that I was grounded for the weekend.

And I’m glad the sound of that knife inside the blender scared me. Next step would be to mix some gravels. That would have been the end of a blender.