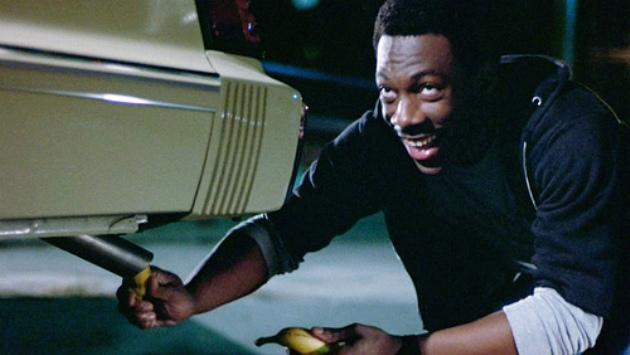 Story Summary [Insert stones into granpa’s car exhaustion tailpipe]
Date [between 1992 and 1993 – I was 8 to 10 years old]
That day I decided to test whether the car would really not work properly if I put something into the exhaustion pipe.
My goal was to validate that the car would stop just like it did in the Beverly Hills Cop movie
Test Approach: Acceptance test for the exhaustion capacity of the engine – Equivalence.
The result: PASS – stones win.
The lessons I’ve learnt: never do this far from home or you will put someone in trouble.

Beverly Hills Cop. Did you watch this movie? I did. And not even did I watch it, but I also wanted to see what would happen if the same thing Eddie Murphy did in the car on the movie (movie, a isolated test environment) would be reproduced in the real world (world, production environment).

It was a sunny summer afternoon and there was Granpa Antônio’s (Rest in peace, ganpa – he passed away last month) Ford Corcel parked in the garage. And there were also me, one of my cousins – Ricardo, and one of my little brothers, Henrique, playing in the frontyard, planning what could we do next.

We walked inside the garage and started pulling the car back and forth, just for fun. We did that for a few minutes and then it turned out to be boring and we had to find something else to do instead.

The scene of Eddie Murphy inserting a couple of bananas into the exhaustion tailpipe of a car just came into my mind. But there was no banana around.

What IF… we go inside the house and grab some?
-No, cause if we happen to put bananas there and the car really stops, then my grandmother Odila would know who was responsible for the act.

What IF… I get some rocks and put there?
-Humm, great idea. Pretty original, cause the effect could be the same that the bananas did in the movie, although I would only discover the truth by making it happen. Besides, the parking area was full of gravels. So I did it…

I ran outside the garage and grabbed a handful of small stones, then ran back into the garage. So I lay down under the car and started putting the rocks inside. I put about twenty pieces of stone and got tired of doing so.

Next step: start the engine. But how could I ever do that? I was too young to drive, and I had no excuse that would make granpa start the car.

Then my parents decided to go home….
-Damn, how the hell will I ever know the result of my experiment – thought I.

In the next day my family went to have lunch in my aunt’s house. Granpa and granma were supposed to be there too, but they didn’t make it.

The phone rings and I hear my aunt Ivone repeating something like “the car is not starting”.

I can clearly recall my feelings…I was freak’n scared ‘cause I knew they would somehow find out who was the responsible, but in the other hand there was that mission accomplished feeling: the test passed, Eddie Murphy was not faking it.

Next thing I remember is that I was grounded for a week.

About the song, which my friend @nettofarah played today in the office right after our buddy Joshua White started singing it: