When a damn curious child and a warning sign are put together, no one can imagine what is going to happen…. 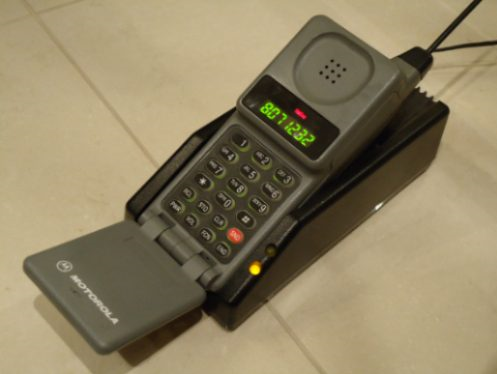 Story Summary [Burning a cellphone battery]
Date [between 1994 and 1996 – I was 10 to 12 years old]
That day I decided to test how a cell phone battery would react to fire
My goal was to validate that the battery would explode, and how strong would that explosion be
Test Approach: Smoke test – for real…
The result: FAIL
The lessons I’ve learnt: never ever try to burn a battery, cause you can really get injured – if not physically by the explosion, psychologically by your parents.

Description of the experiments:
When I was a child one of my greatest amusements was to read user’s manuals and electronic devices’ information. At that time [mid 90s] cell phones were in the beginning of their popularization, and I would have so much fun pretending to be using my father’s Motorola PT 550.
Straight to the point – so, my father bought a new battery since the one that came with the phone got bad and would not last longer than half and hour.
What did Leo do then?
I took the old battery in order to disassemble it, aiming to see how a battery pack would look like inside. But while reading the label on it’s back I saw a few warnings like:
– Do not reuse or disassemble this battery pack.
– Do not overcharge it.
– Do not SET IT ON FIRE. IT MAY EXPLODE AND OR CAUSE EXTREME INJURIES.

Place your bets on what caught my attention….
EXPLODE?? WOOAA, amazing!
Cause injuries? Béép. Dangerous. I should remain far from the test environment to keep the integrity of my own body.

So I built a plan – I picked up some old newspapers, the battery pack, alcohol, a bucked of tap water and a matchbox.
I also had to find a safe place to do my test – I decided to go to the front yard of my family’s house, so that I could set the battery on fire, close the door and inspect everything through the peephole.

There went little Leonardo with a Motorola battery pack wrapped up on paper completely wet with alcohol.
I left the “device under test” in a “safe” distance from me, lit a bunch of matches and threw over the “device under test”. The matches just did not make to the battery, so I tried again, next time together with some paper, and this time I succeeded. There was the pack on fire.

I ran towards the door, closed it and looked through the peephole. The device stayed lying there on fire for a couple of minutes until the fire stopped, and when it did I got very VERY upsat (Damn, it didn’t explode).
I took the water bucket, opened the door threw the water over the “device under test” and started inspecting the wreckage…it became a brick of hard melt plastic, and nothing else.

Later that night my parents got home and smelt that plastic aroma, then they found  a burnt battery into the trash bin at the kitchen and they got SO mad. Who else could have done that? My three brothers – Eduardo, Henrique e Guilherme – would never do that king of thing, thought them…

So they came to me and said so many things, like I could have died, become blind, loose my hands, my arms, burn my face…well, all those things we usually hear from our parents, you know. And it always reminds me of that 2004 movie, Butterfly Effect. It makes me scared of the price I paid to become a real tester.

Next thing I remember is that I was grounded for two days. No Super Mario World that week.